On Wednesday I devoted the day to my special interests and explored an area of San Francisco which is not visited by tourists. I went to the South of Market area and located the headquarters and office buildings of numerous technology companies. This was actually one of the main inspirations for my trip. I became fascinated with the many Internet companies based in San Francisco as an outpost of Silicon Valley. As a programmer, I could probably get a job in San Francisco and make three times what I’m making now, but most of that money would go to paying rent which is ridiculously expensive in the entire Bay Area. There are many startups around South Park so I went there first.

I took the subway to the Montgomery Street Station and then the 10 Townsend MUNI bus. At the bus stop I found the Alexander Book Company but they weren’t open yet. I took a photo of the books in their window.

The first technology company headquarters I located was TaskRabbit, which is under the I-80 overpass. I then walked to South Park and walked all around this small urban park. The second technology company I located was KeepSafe. I had come across this company due to an experiment they ran to find engineers without asking for a formal resume. As a joke, I submitted a short boast about my punchcard image generator and reader project. I hadn’t actually written the code at the time but I did create the project shortly after. Punch cards may not be a viable form of user input anymore, but the concept of encoding data as an image could be applied in clever ways. For example, an animated punch card image could transmit an entire program as source code.

I was especially excited to find the building where Reddit is located since I spend the entire day on that site. I love the social interaction on Reddit where anything is sure to be commented on. Wired Magazine is also located in that building. You wouldn’t know this just by looking at the building which only has a sign reading Organic.

I had breakfast at Caffe Centro, where many tech workers in the neighborhood have breakfast. I overhead some tech talk. I ordered a bagel with bacon and egg and a diet coke.

After eating, I walked south to find the AT&T Park and photographed the Famo.us office building. Famo.us is one of the technology companies that I find particularly interesting. They have created a JavaScript library which allows you to create really cool 3D animation in the browser. It appeals to my creative side. I tried to stalk the founders online but eventually got too busy with other things. I studied the Famo.us JavaScript framework for awhile but it is very complex so I’m afraid I abandoned that too. Still, I plan to do some in-depth research into a San Francisco startup to find a way to associate myself with that tech scene. 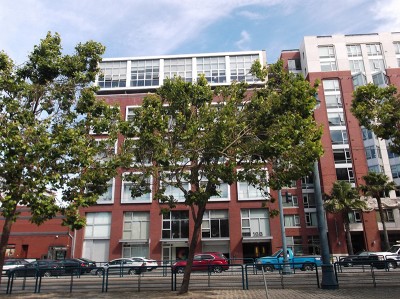 At the AT&T Park I saw some ATMs so I made my first cash withdrawal. I had $600 cash on me when I arrived in San Francisco but I burned through that money fast.

I then did a lot of walking through a bland urban industrial area looking for nondescript buildings which housed various high tech offices. There were a few other establishments like The Creamery near the Caltrain station and Brickhouse Cafe next to the Olivia building where Hipmunk is located. Zygna and Adobe had very large buildings far south on Townsend Street so they were easy to find. I got very hot and tired so I didn’t bother to find as many buildings as I could have. Eventually I returned to South Park and then walked east to the Bay Bridge. From there I found the Greyhound Bus Station and the Mozilla offices in San Francisco, something I particularly wanted to see since I use the Mozilla browser in my web development work. 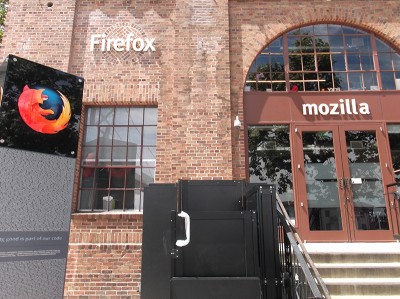 Rather than retrace my steps using public transportation, I walked north on the Embarcadero. I saw the massive Cupid’s Span sculpture by Claes Oldenburg. Eventually I reached the Ferry Building where I had lunch at MarketBar. I ordered Panko Crusted Organic Chicken Paillard and a glass of prosecco, since I know how to pronounce it. After walking around the Ferry Building I found the Book Passage store which was much smaller than I expected. I bought the book In Patagonia by Bruce Chatwin because it is a famous travel book and I’ve been reading travel books lately. I plan to write two novels which will feature imaginary journeys.

I waited a long time for a F historic trolley to take me to Fisherman’s Wharf. But I didn’t have to pay the fare because the driver made everyone board immediately without paying. At Fisherman’s Wharf I saw Alcaraz Island in the distance and the seals on Pier 39. All the stores were quite tacky and only sold junk which I wasn’t interested in buying. However I did enter quite a few stores looking for something to buy so I could get a bag for my book. Eventually I found a CVS Pharmacy where I bought Aftersun Aloe Vera which I needed for sunburn and got a bag. My nose and forehead did get badly sunburned from being out in the sun all day. San Francisco may be chilly most of the time but the sun is still bright and you will burn if you aren’t careful. I found the In-And-Out burger joint where I wanted to eat but it was packed with a long line so I decided to skip it.

I walked all the way to Ghirardelli Square where I used their restroom but I didn’t find their shops very interesting. I bought a single ride cable car ticket at the Fisherman’s Wharf Cable Car Turnaround. However, there was a limousine driver going around trying to convince people to ride with him instead, since the cable car was only going to Chinatown and not all the way to Union Square. About half way through the line I discovered that I had lost my ticket when I removed my camera to take photos of the cable cars in my boredom. This really disgusted me after waiting so long in line.

Out of disgust with my bad fortune I became determined to finally use Uber to avoid a long walk back to my hotel. I went to the corner of Beach Street and Hyde Street and used the Uber app on my smartphone to get a ride. I was able to identify the car by the license plate. There were two other tourists already in the car because I had used UberPool. I sat in the front seat next to the driver. He dropped off that couple first and then left me out directly in front of Hotel Mark Twain. This ride only cost me $7.00 and I didn’t have to pay the driver anything. The application charged my credit card. I was pleased to have successfully used Uber because the company is based in San Francisco and its frequently in the news. Using Uber in San Francisco should be considered part of the local culture experience.

After resting my feet at the hotel for awhile I went out again and walked down Market Street to find the Twitter headquarters. I was also looking for the Uber headquarters but I think I missed it. I did find the restaurant Farmerbrown and the new Strand Theatre on Market Street which is associated with the American Conservatory Theater. I also took some photos of the Orpheus Theater. I did a lot of research on San Francisco theater for this trip. The theater district is located around Union Square and my hotel so it was easy to find all the theater buildings.

I made a reservation for dinner at John’s Grill at 7:00 p.m. It was a short walk to the restaurant. I ordered the Chef’s Special Red Snapper served with seasonal vegetables and a baked Idaho potato. This was one of the more expensive meals I had in San Francisco. I think it cost over $45.00. I’m not sure exactly how much I paid because I used cash.

After leaving the restaurant I found a Rasputin Music store on Powell Street. I was going to visit their store on Haight Street but I decided to visit this one instead. I bought an used Terminator 2 Blu-ray DVD for $9.95. This seemed appropriate since Arnold Schwarzenegger used to be the governor of California. This store had way more DVDs than CDs. When I got back to my hotel I saw a young homeless girl being arrested in front of my hotel. The cops asked me to walk around them.

Even though I did a lot of walking on this trip, I did not get any blisters on my feet because I wore padded socks and new sneakers. San Francisco is a very important city in the tech sector, but except for the South of Market urban industrial area, I saw little sign of technology companies dominating the city. I didn’t see any Google buses or excessive advertising for Apple products. I forgot I was a computer programmer and didn’t feel like a privileged member of the tech elite.