On Saturday my goal was to visit the New England Aquarium. To get there I took the Silver Line to South Station, the Red Line to Downtown Crossing, the Orange Line to State Station, and the Blue Line to the Aquarium Station. That was the most complicated route I ever took using public transportation in Boston. It would have been far less trouble to just walk there from my hotel.

With my CityPass I got a discount for an IMAX 3D movie so I saw Great White Shark 3D for only $5.00. This movie was the first thing I did at the aquarium because the show time was 10:00 a.m. and I got my aquarium ticket at 9:40 a.m.

The aquarium was very crowded and full of little children. I saw penguins and the Giant Ocean Tank which contained a few giant sea turtles and stingrays. A few divers could be seen in the tank. Various other galleries had small tanks showing various types of sea life including; octopus, electric eel, sea horses, a boa constrictor, and piranha. I saw the harbor seal exhibit on the public plaza but the seals were not very active. 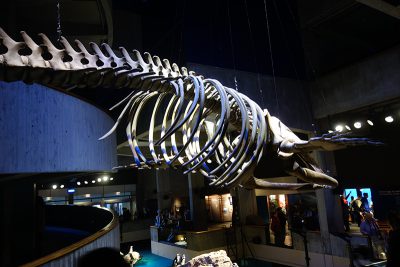 Upon leaving the aquarium I wandered around the financial district until I found the Bamboo Valley Spa, the Irish Famine Memorial, the Old City Hall, King’s Chapel, and finally the Boston Athenæum which I entered. I had to put my umbrella in a plastic bag to avoid dripping water over the floors. There was not much to see at the Boston Athenæum except for some statues, some paintings, and a few rare books on display. Next I visited the nearby Granary Burying Ground. It was raining a little harder by then. 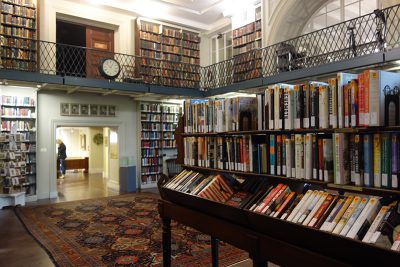 I stopped in at Emmet’s Irish Pub and Restaurant where I ordered a Full Irish Breakfast; Irish Sausage, Irish Bacon, Black & White Pudding, Bachelor Beans, Home Fries, Grilled Tomato, Eggs cooked to order, Toast and a cup of coffee. There were a lot of old Irish photos and documents posted on the wall. It seemed like a very authentic Irish pub. 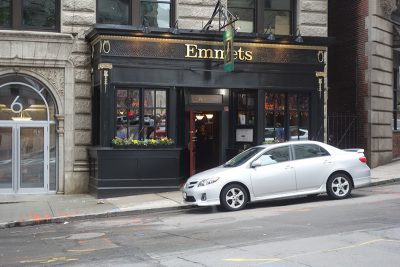 It was raining for the rest of the day so I went back to the hotel where my room had not been cleaned.

I watched the new Fahrenheit 451 movie on HBO. I have not had cable TV for years so when I travel I cannot resist watching come cable TV in my hotel room. The high definition channels are new for me. It seems like I am always watching HBO’s Westworld while on vacation. I saw a few episodes in Los Angeles and I saw a few episodes on this trip. I also saw one episode of the new Silicon Valley season.