My next trip abroad will be to Berlin so I am studying German. It will be a long time until I can afford to do any more traveling so I have plenty of time to learn German. I have not been putting in much time on my German but I have gathered all the necessary materials.

In the early 1990s, Harcourt Brace Jovanovich published similar textbooks for foreign language students of Spanish, French, and German. I already had the three French textbooks; Nouveaux copains, Nous, les jeunes, and Notre monde and now I have the German versions; Neue Freunde, Wir, die Jugend, and Unsere Welt. Both sets of books have the same titles which translate as; New Friends, We, the Young, and Our World. 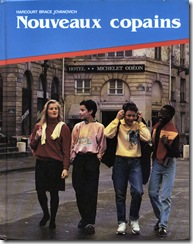 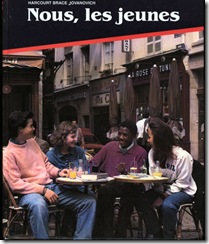 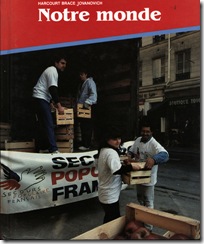 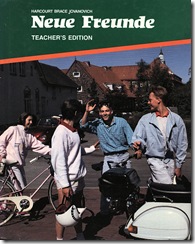 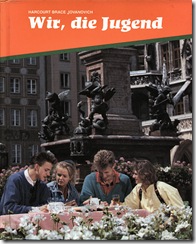 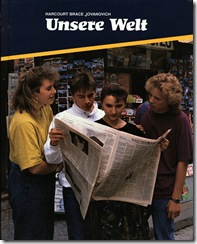 I like these books because they feature teenagers from the 1990s which is somewhat nostalgic for me. They are also very multicultural with photo essays on various countries where French or German is spoken. Unfortunately they use the immersion technique of language learning so there is too much text in the target language for an absolute beginner. I recommend that you read some easier books before tackling these textbooks. So far I have only read Nouveaux copains. Nous, les jeunes has slowed me down with its minimal English text.

I have also bought some audio CDs to learn how German is spoken. The Hugo CD language course is my favorite because it covers grammar. But I object to the promises they make. You cannot learn a language in 30 days or 3 months. It will take you 6 months just to learn a limited vocabulary and all the grammar.  And it will take 2 to 3 years before you even come close to being fluent. Unfortunately, there does not appear to be a consensus on how long it takes to learn a second language. I don’t think there is a standard measure of proficiency either so if someone says they learned French in 6 months they may be able to speak it a little without being able to read a novel written in French. I think a Wikipedia article claims it would take 10 years for you to match your native language fluency in a second language! 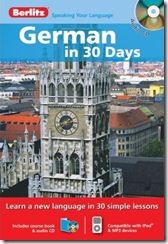 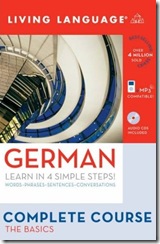 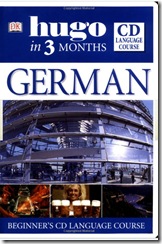 This entry was posted in General, German and tagged French, German, languages. Bookmark the permalink.