The final day of my vacation was spent on a road trip. I got to see some rural areas of Virginia including a plantation instead of just the city of Richmond. The road trip was to the Northern Neck, a peninsula between the Potomac River on the north and the Rappahannock River on the south, on the western shore of the Chesapeake Bay. We must have gone on Interstate 360 East because our first stop was at NN Burger in Tappahannock to get a milkshake. I got a coffee milkshake but it tasted slightly like peanut butter. Next we stopped off at some acquaintances of June’s before proceeding to the George Washington Birthplace National Monument. 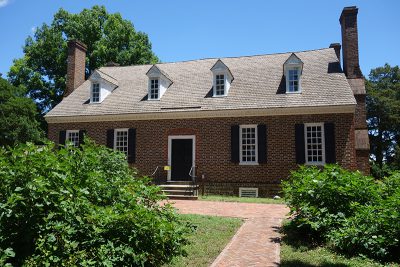 At the visitor center we watched a short film on George Washington’s family farm. June decided against a house tour because she said it would be boring. Instead we walked around the grounds. First we saw the herb garden which wasn’t very impressive compared to Lewis Ginter Botanical Garden. In going over my photos I do see that I managed to snap an excellent photo of a Monarch butterfly. Nearby we saw the memorial house which we did not enter. Beyond that was two horses in a corral. Near the corral was a white outbuilding which contained a restroom. I had to use the restroom which proved to be surprisingly nice inside, but this was a national park after all. Then we walked over a long wooden bridge to see a log house with a good view of the Potomac River. We retraced our steps instead of completing the long hike around the island. After that we walked around the farm and saw some farm animals like pigs and steers. 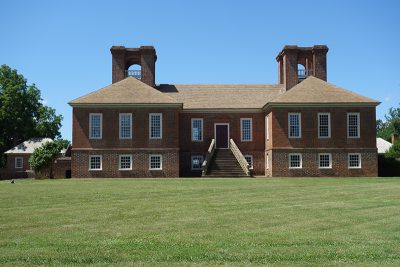 The next attraction we drove to was Stratford Hall. This plantation is where Robert E. Lee was born. The gate keeper kept us at the gate for over fifteen minutes relating the family history of the Lees of Virginia. Again, June opted not to tour the Great House so we only bought ground passes at the small visitor center and museum. At the gift shop I bought a book, Robert E. Lee: A Biography by Emory Thomas. I’m not terribly interested in Robert E. Lee but he was a major figure in the history of Richmond and Virginia. He also suffered a major defeat at Gettysburg and I explored Gettysburg in 2017. The Virginia Monument in Gettysburg has a bronze statue of Robert E. Lee on his horse Traveller. So I kind of kill two birds with one stone by learning more about him. We saw the stables and the Great House. I was very impressed by the view of the North Lawn with its rolling hills, wood fence, and woods. We saw the Octagon which was either an orangery or a garden folly. And we saw another garden and a hedge maze. In a fenced in field I even saw a llama with brown hindquarters that made it look like it was wearing pants. I’m not sure if Robert E. Lee ever owned a llama or used them on the Civil War battlefields. Later we drove to the overlook to see the Potomac River which was so wide that it looked like an ocean. On the way we drove past some cabins that looked like they were available for renting or lodging. We did not spend much time at the overlook because June was worried that the gates would be closed on us before 5:00 p.m. I saw a fox on the way back to Stratford Hall.

After leaving Stratford Hall our next destination was Urbanna for dinner but first June stopped at Montross Virginia because some murals caught her eye. Montross is a small town with just a few establishments on its main street. I did not mind this detour because I often explore small towns in Pennsylvania. We saw Angelo’s Restaurant, the Historic Westmoreland County Courthouse, Courthouse Corner (aka Carrot Cottage), the Art of Coffee, and the Westmoreland Mercantile General Store. At the general store I bought a bag of Butterscotch Sanded Hard Candies because they were packaged as Pennsylvania Dutch Candies. We also visited the Art of Coffee to look at their artwork but the coffee shop was closing. Then we went browsing at the Carrot Cottage which had a large selection of kitsch souvenirs. I saw lots of puzzles, sports memorabilia, and assorted crap. Most of it was the sort of thing you would find at a yard sale but everything was brand new. The only thing I bought was a bookmark but I was still entitled to a free gift so I also got a sports branded keychain bottle opener. After taking photos of everything in sight including many more morals we went on our way. 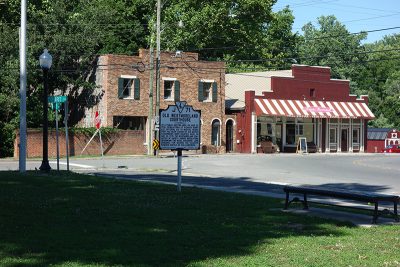 Somewhere near Kilmarnock we stopped to visit Eugene’s grave where we got stung by wasps. There was a small wasp nest under a plaque resting on his tombstone. I got stung on the hand but fortunately the pain did not last long and my hand did not swell up. Finally we drove to Urbanna Virginia after crossing a long bridge over the Rappahannock River. Urbanna is a small town on the Rappahannock River with a town marina. We saw a lot of boats tied up at the town marina. There were no large ships but some of the boats where fancy luxury crafts. Urbanna Virginia seemed like one of those picturesque small towns that are popular with tourists but there was not a lot there. We had dinner at the Virginia Street Cafe. I got a glass of champagne for 50 cents because they were celebrating their anniversary. I ordered the crab cakes which were really good. It came with clam chowder without milk and really good onion rings. 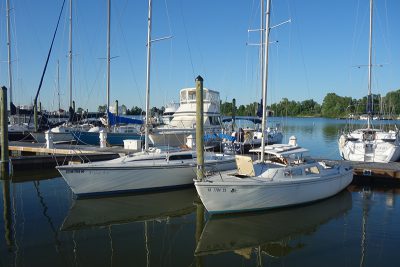 I had to get up early the next day to catch my Amtrak train to Philadelphia and then another train to Harrisburg. On the train I finally finished reading John Dover Wilson’s What Happens in Hamlet and I ate most of the Milk Coffee Candy. This vacation went as well as any of my other vacations. I found Richmond Virginia to be a worthy destination with plenty of interesting sights. This was also a very affordable vacation since I was staying with my sister and did not have to pay for a hotel room.