I’m A Travel Photographer With A Photo Credit

I take hundreds of photos on my trips and upload them to Flickr at https://www.flickr.com/photos/youtuber/. Currently I have 34,915 photos on Flickr. I often go to the trouble of giving my photos titles and tags. This has finally paid off because a few of my New York City photos have been published in a book, New York Non-Stop: A Photographic Album ISBN: 978-0789329400 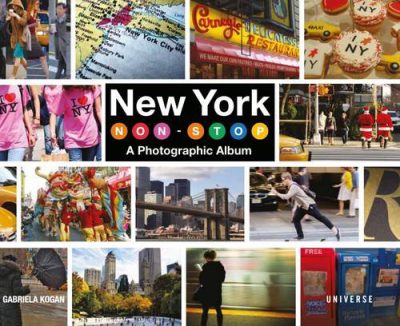 The publisher found my photos on Flickr and sent me an email asking for permission to use them. In exchange, I got a copy of the book. That makes me a travel photographer with a photo credit! Six of my photos were used in the book on pages; 36, 102, 210, 216, 283, and 337. It is actually a very nice book and I would have bought a copy anyways because it has many photos that capture the essence of New York City.

This is not the only time a publisher has asked for permission to use one of my photos. I often take photos of obscure theaters and entertainment industry establishments which are of potential interest for news stories on celebrities. I also go out of my way to photograph establishments when I cannot find a decent photo of the place on the Internet. It irritates me when theaters don’t put photos of their building on the Internet. Theater is something that you have to be physically present for. You have to find your way to the theater and be on time to see a performance. Therefore it is really crucial that you know where to go and what to look for. There are many theaters in New York City which don’t have a building facade. They can be hidden behind massive billboards or located deep within a skyscraper. The only evidence of the theater will be lots of advertising on the street. The Gershwin Theater and the Circle in the Square Theatre in the Paramount Plaza building are easy to overlook and the famous Palace Theatre is completely hidden by massive billboards.

I have been using a point and shoot pocket camera, a Fujifilm FinePix JX400, but now I use a SONY Cybershot DSC-RX100 which takes high definition photos. It takes much better photos under low light conditions too. On my last trip to New York City I was extremely pleased by the quality of my photos.

I suspect publishers are using the Internet as a cheap source of photos instead of hiring a professional photographer. I’ve noticed many web sites will use photos from Flickr too. This means even your average tourist can become a casual travel photographer. There are a few things I do which probably help. First, I do a lot of research for my trips so I know what there is to be photographed. Second, I often take the trouble to give my photos titles and tags so they can be found.