The Glass Menagerie Gets 21 Views

Tonight I went to the Community Theater League show “The Glass Menagerie” by Tennessee Williams. “The Glass Menagerie” is my third favorite play, right behind “Hamlet” and “Long Day’s Journey Into Night”. I first saw this play in high school where we saw the film version starring Katharine Hepburn and Sam Waterston. I’ve always found this play very moving because I can identify with the character Laura who is painfully shy and lost in her own dream world.

Unfortunately there were only 21 people in the audience for the opening night’s performance. Just think of all the hours they spent in rehearsal and all the effort that went into stage design, lighting, and costuming, just to get 21 views (as we would say on Vloggerheads or YouTube). I bet most vloggers would not stage some drama for just 21 views. Some day I’m going to go to a play and find myself the only person in the audience. Won’t that be awkward!

The Community Theater League uses the McDade Trade and Transit Centre theater which manages to seem professional yet intimate. I have not been to a play in a long time so it was great to see real people perform in front of me instead of watching people perform online. I was itching to comment on all the drama though; Hey Laura, get a life. 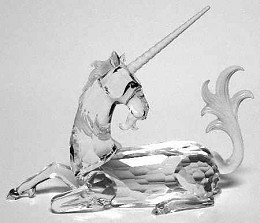 I love “The Glass Menagerie” because it elevates the mundane disappointments of life into major tragedy. It is a play about ordinary people who can’t live their dreams. It got me to thinking about fulfilling dreams. Recently I made my dream of traveling to Paris, France come true. In the play, the main character yearns to travel and have adventures. I don’t know if my trip was that much of an adventure. I just went to Paris as a tourist, shot photos, and put myself through the tourist mill. There was nothing really extraordinary about that. My point is, when do you decide that you are having a genuine adventure and not a mundane experience? I would argue that elevating the mundane into the profound is merely a matter of establishing the significance of the event as Tennessee Williams does using symbols like the glass unicorn. By the way, in this performance the actors unintentionally knocked the phone off the table and broke that instead of the glass unicorn. I established the personal significance of my Paris vacation by buying symbolic books at famous bookstores.

A community theater performance that is only attended by 21 people may seem disappointing. But it was also kind of special because it involved people in my community going to extraordinary lengths to entertain and enlighten a very select audience of fellow theater enthusiasts. It wasn’t a famous entertainment company providing an impersonal and strictly professional performance for millions of people of which I am just an anonymous nonentity.

This entry was posted in General and tagged Community Theater League, Tennessee Williams, The Glass Menagerie. Bookmark the permalink.