On Saturday May 21, 2022 I made my second trip to Lititz PA. I decided to make this trip because I wanted to take better photos. I was really disappointed with how my photos turned out during my vacation. My digital camera does not take good photos in poor lighting. Unfortunately, there was heavy fog in the morning and I had to drive through fog for almost the entire way until I reached the Mount Joy exit. I followed my directions for reaching Lititz using Pennsylvania Route 722 which had me driving through Manheim. I did not make any driving mistakes on this trip. I am beginning to learn my way around Lancaster County!

I arrived at Lititz at 8:00 a.m. One of the first things I did was photograph the Wilbur Hotel. This hotel is located on the other side of the Wilbur Chocolate Co. Building. I’m not sure how much of the old building is taken up by the hotel. There is some retail space on the ground floor facing North Broad Street. This is a rather large and fancy hotel for such a small town but I guess it is part of the greater Lancaster County tourist accommodation. In other words, I don’t think people stay in Lititz just to visit Lititz. 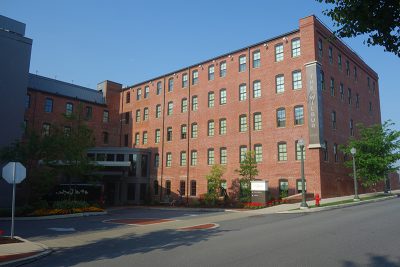 After walking all along East Main Street to take better photos along the side of the street in the sun, I went to Cafe Arabella for breakfast just like last time. I ordered a medium Café au lait and a cinnamon and raisin bagel. After getting my table flag I used the rest room because they are few rest facilities along Route 15. I did stop at an Onvo travel plaza with a  Burger King in Duncannon just before reaching the Ranch House restaurant. 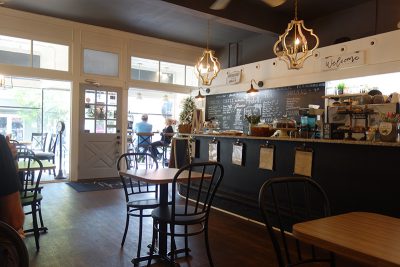 After breakfast I had to wait until 10:00 for Aaron’s Books to open although I noticed they opened a little early. I bought two books; a graphic novel, We Live by Eva de la Cruz and Dave Sharpe published by AfterShock Comics and a Battle Angel Alita Vol. 1 manga. I took that purchase back to the car and then went to Purple Robin Reserve where I bought another Margaret Thorn print for $45.00, Pretzels & Chocolate. According to my receipt, I made this purchase at 10:38 a.m. But before going back to the car I stopped in at Sweet Legacy Gourmet where I bought a bag of chocolate covered espresso beans for $8.00 at 10:43 a.m. These were really good. 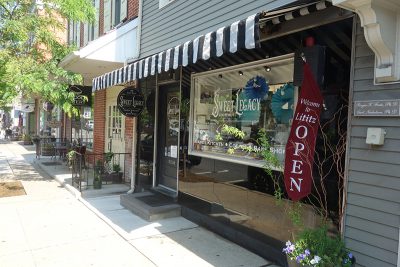 For lunch I had fish and chips at Bulls Head Public House. Since this is an iconic restaurant at Lititz I decided I had to eat there. I ordered a cider but they did not have Irish cider and I was told “we’re not an Irish bar” in a huff. Instead I got a glass of Kingston Black which might be an apple cider. I used the restroom here before leaving. With tip, this meal came to $25.00 which is reasonable. I had lunch at 11:09 a.m. 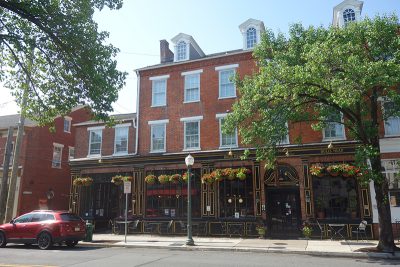 After lunch I walked to Lititz Music Company because it was nearby. I bought a double album of Joan Jett And The Blackhearts Greatest Hits for $45.00. I thought this was kind of expensive but record albums are becoming increasingly rare and buying one for nostalgia value is worth it. This album has a copyright of 2010 so it is not a vintage 1980s record. 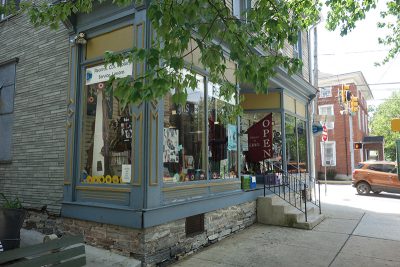 I had a reservation for a 1:00 p.m. tour at Julius Sturgis Pretzel Bakery but I arrived there early to pay for the tour and wound up taking the 12:30 p.m tour. The tour only took around 15 minutes and cost $4.00 so it was not a big deal. They gave me an Official Pretzel Twister certificate. At the end of the tour I got a small bag of Ton Sturgis Artisan Little Ones pretzels. I picked up a Reading, Berks County travel guide in the waiting room. 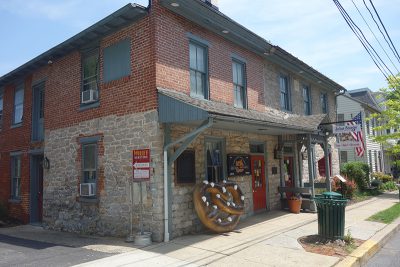 After the tour I visited Candy*ology where I bought a Red Fox stuffed animal. I remember I had the small bag of pretzels with me and I was worried that they would try to charge me for it because I did not have it in a bag.

It was a very hot and humid day and eventually I felt exhausted. My right foot still hurt from the blister I got on my vacation. So I did not feel like stretching out my time in Lititz. However, before I left I did check out the Market at the Wilbur and the Reading Caboose which was finally open.

From Lititz I drove to the Barnes & Nobles book store in the Red Rose Commons just north of downtown Lancaster. There I confirmed that they had three book cases of Spanish language books. I bought three books; Life 3.0: Being Human in the Age of Artificial Intelligence by Max Tegmark, Entrevista con el vampiro (Interview With The Vampire) by Anne Rice, and La sombra del viento / Shadow of the Wind by Carlos Ruiz Zafón which is a bestseller in Spain. 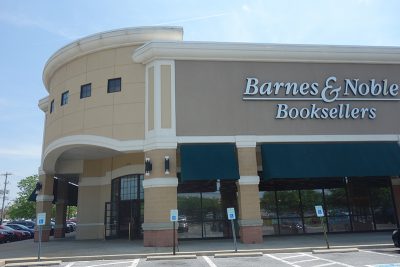 On the long drive home I finally stopped in at Liverpool along Route 15. This is an impoverished little town with a string of houses that face the highway and the Susquehanna River on the other side of the highway. The only thing of interest in that town is Grumpy’s Books, an used book store in a old mill. The owner greeted me and asked what I was looking for. I asked to see the science fiction books and in particular Jeff VanderMeer books. He did not have any so next I asked about books in Spanish. I bought four books in Spanish which seemed pretty old and rare because these are not books you are likely to come across elsewhere. I think I paid only $15.00 for these four books; Spanish Short Stories by Elijah Clarence Hills and Louise Reinhardt published in 1910, El Sombrero de Tres Picos by J.P. Wickersham Crawford published in 1930, Victorina by Frances Parkingson Keyes, and Quince Cuentos de las Españas by Doris King Arjona and Carlos Vazquest Arjona published in 1971 by Charles Scribner’s Sons. 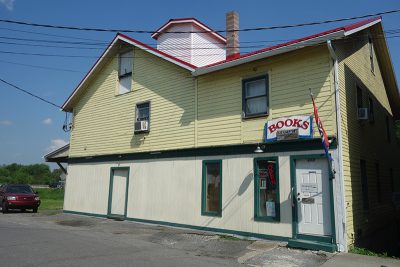 I did not get home until around 5:00 p.m. This was an arduous day trip but I did establish that I can drive down to Lancaster County whenever I like. I had three objectives on this trip; Lititz, Barnes & Noble, and Grumpy’s Books and I managed to achieve all three objectives without incident.