Yesterday I made yet another bus trip to New York City to see a professional production of Macbeth. This was my first day trip after spending a full week in New York City for vacation last month.

We arrived in New York City around 10:00 a.m. The bus dropped us off on West 42nd Street which was a little unusual. I was able to immediately go to the 42nd Street – Times Square station and took a N train downtown to Union Square. I spent most of the day in the area south of Union Square, down into the East Village. Since the matinee show I came to see did not begin until 2:00 p.m. I did a little shopping and photographed some establishments I had overlooked on previous trips.

First I went to the Strand Bookstore and used their restroom on the second floor behind the children’s section. Then I went back downstairs to the first floor and searched their drama shelves for plays on my shopping list. I did not find anything on my list. The closest book was Saved by Edward Bond so I bought that. Next I went to the Science Fiction section where I had better luck. I found Into the Looking Glass by John Ringo and The Beautiful Thing That Awaits Us All by Laird Barron. I had to climb a ladder to reach the Into the Looking Glass book. The total came to $32.00 even. 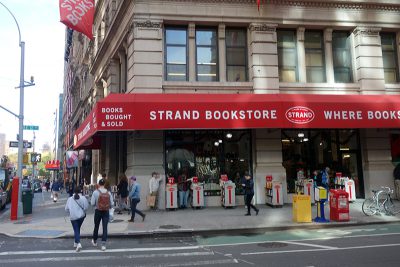 After that I walked several blocks to photograph the following establishments; Classic Stage Company, Vintage New York Lifestyle, Village East Cinema, Obscura Antiques & Oddities, and Webster Hall. The Vintage New York Lifestyle or VNYL is a night club featuring 1970s decor. Based on photos I’ve seen on their Facebook page, it looks like a popular spot for the glitterati. Classic Stage Company appears to be a coffee shop but there is also an Off-Broadway theater in the back. I dropped my camera while attempting to take a photo of the entrance but fortunately my camera has a steel case. It was fine even after dropping to the pavement and bouncing a few times. 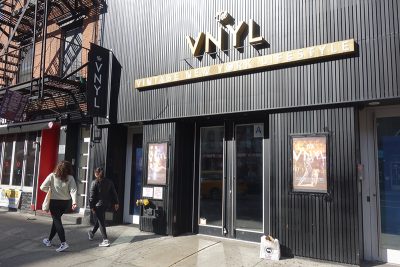 I did some further shopping at Forbidden Planet which is not far from the Strand Bookstore. Although Forbidden Planet mostly sells comic books and graphic novels, they do carry science fiction books and I was able to find The Divine Invasion by Philip K. Dick, another title on my shopping list. I think I had placed this book on my shopping list because it was an early and influential book on virtual reality. We are practically living in an era of virtual reality given how glued people are to their smartphones. Some people never take their eyes off their smartphones and are totally oblivious of the world around them.

Obscura Antiques & Oddities did not open until 12:00 p.m. Noon. There was an UPS truck  parked in front of the store the entire time I was in the neighborhood so I never did get an unobstructed photo of the exterior. This store stocks obscure oddities which really appeals to me. For some reason, I love anything that is odd and obscure, the hidden gems of culture. This partially explains my interest in the occult but it is more accurate to say I’m drawn to the odd and the obscure than to the supernatural itself. Anyway, Obscura Antiques & Oddities had been forced to move to this new location and I found the store to be really small and cramped. They had a choice selection of obscure oddities but the selection was meager and everything was expensive. Most of the good stuff was in glass cases and everything was professionally arranged to suggest Ye Olde Curiosity Cabinet. 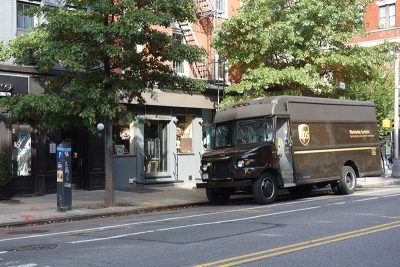 I had a lot of time to kill from Noon to 2:00 p.m. so I walked far south on Avenue A although it felt more like I was going west. I took photos of the buildings on street corners that were in good light just to document some of the architecture. I came across a few unfamiliar establishments like the Hairy Lemon that I photographed with the intention of researching them later to add to my notes. Eventually I wandered into more familiar territory and located the KGB Bar, La Mama Experimental Theater, and New York Theatre Workshop to take better photos of these establishments.

At 1:20 p.m. I returned to the Classic Stage Company on West 13th Street and picked up my will call ticket. I had to wait around the outside of the coffee shop until around 1:40 p.m. when they opened the theater doors allowing me to take my seat. They did not hand out theater programs. I loved the look of the Classic Stage Company’s theater space. It is much larger than you would suspect judging from the coffee shop out front. The theater space was a bit cavernous with exposed brick walls and a large thrust stage. There was a sort of balcony or interior loggia above the rear of the stage which was part of the performance space. I could see the stairs the actors would climb to reach it although the stairs were only visible from my side of the thrust stage. A technical booth was located above the performance space entrance. This performance space gave the impression of being backstage in some decrepit theater witnessing the rehearsal of a performance, rather than the performance itself. Part of that impression was created by the bare stage and little use of props or costumes. 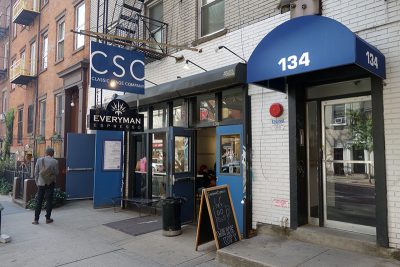 The show itself was suitably eerie and appropriate to the season, Halloween. The big question for any production of Macbeth is how to portray the three witches. For this production they chose to have the entire company say the lines in unison, except for Macbeth and Banquo of course. This gave the three witches an aspect of a chorus or an occult coven. Macbeth was played by actor Corey Stoll and Lady Macbeth was played by Nadia Bowers, his wife in real life. Corey Stoll is a great actor. Although he is not a movie star, he does appear in some classy movies like The Seagull (2018 film) starring Saoirse Ronan. Corey Stoll is a very personable actor, a likeable man, and a bit charming. Unfortunately these qualities are not ideal for playing a great tragic figure like Macbeth. I thought his performance was a tad insouciant at times which caused some unintentional laughs. I don’t know if they intended to make Macbeth a charming rogue or if the actor simply could not avoid letting his true personality show through, but sometimes it clashed with the grim nature of the drama. The audience took any opportunity to relieve the tension with laughter so any line delivered too casually got a big laugh. It is interesting to observe this because it shows that tragedy is tricky to pull off. You really need to maintain a grim tone throughout with nobody dropping the heightened pitch of tortuous emotions. It only takes one line delivered with not quite the right degree of emotion to kill the mood.

Don’t get me wrong, this was the most professional production of Shakespeare I’ve ever seen. I’ve read the plays and seen some great movies, but I’ve never seen a top notch production of Shakespeare done with serious-minded, professional actors. The director of this play made some interesting choices, but I’ve seen enough film versions of Macbeth to not mind a slightly unconventional approach. I really liked the supernatural aspect of the play and this performance.

When the play was over, around 3:50 p.m, I immediately waked to Union Square and took a 5 train uptown to 42nd Street – Grand Central. This was a bit of a mistake since I meant to go to the Times Square Theater District. However, I easily corrected this error by taking the S train, the 42nd Street Shuttle over to Times Square. I had a reservation at Havana Central Times Square but that was for 6:00 p.m. I decided to do some more shopping to fill the time. First I went to BookOff on West 45th Street. There I found two CDs on my shopping list; The Lion and the Cobra by Sinéad O’Connor and The Best of Morrisey. The day before my trip, I had revised my shopping list to include more rock albums that I might actually find at a record store. Next I went to Theatre Circle on West 44th Street to search for plays on my shopping list. This store now carries a lot of play scripts in the room at the back. I discovered that the play scripts were arranged in alphabetical order by title, not by author. I didn’t see any plays I was tempted to buy except for Balm in Gilead by Lanford Wilson. However, it was a little pricey for an acting edition so I decided against it.

I arrived at Havana Central Times Square a little early since I really needed to use the restroom. The restaurant was packed but I think they had a little table waiting for my reservation and I was shown to it right away. I went off to find the restroom straight away since they did not take my order right away. I ordered the Classic Cuban Sandwich with sweet potato fries. This sandwich was pretty huge so I was only able to eat one half. The sandwich was cut in half. I also ordered a batidos, Cuban milk shake, with milk and coconut. The waiter joked that this was a virgin piña colada! For dessert I had a Churro Ice Cream Bowl. Altogether with tip this meal cost me $37.50 which is cheaper than many Theater District restaurants. Havana Central Times Square was one of the restaurants I had considered eating at during my vacation the previous month since it is on 46th Street. 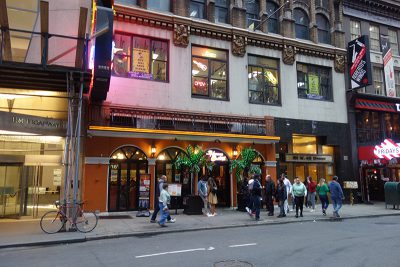 After dinner I just wandered around Times Square a bit before heading down to West 42nd Street to wait for the bus home. The bus did show up quite early, around 7:15 p.m. so I was able to wait on the bus. There was one passenger in a wheelchair who had to use the lift. This required me to leave my seat. In the end, one passenger did not show up and did not have a cell phone so they had to leave somebody behind.

This proved to be another inspiring trip even though it came too soon after my week long vacation in New York City. Classic Stage Company will go on my list of preferred theaters like Irish Repertory Theatre, since too many theaters have become obsessed with social justice representation to do work of exceptional artistic merit. However, I’m not sure if I want to continue to explore American cities. I think it is time I got my passport renewed so I can return to visiting more exotic cities in Europe.