For my final full day in Boston I decided to explore two more squares in Cambridge. First I took the Red Line subway to Davis Square which is technically in Somerville, not Cambridge. At 9:54 a.m. I used an ATM in CVS at One Davis Square in Somerville to withdraw $80.00. There was not much to see at Davis Square because I did not research this area. I did see some realistic statues of people and the Somerville Theatre. The statues are entitled Ten Figures. They are life-sized cast masonry public sculpture, created by James Tyler. 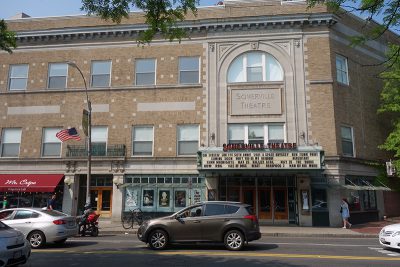 After exploring the Davis Square area briefly I took the Red Line to Porter Square where I found Porter Square Books and bought a book in the Yale Drama Series, Utility by Emily Schwend. I noticed a sign that indicated the writer Philip Roth had died. They were promoting his books after his death. 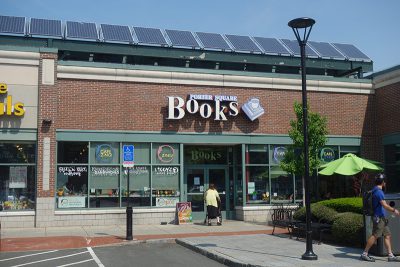 I spent a little time exploring the Porter Square area and then walked down Massachusetts Avenue, past the Lesley University and the Lizard Lounge all the way to Harvard Square. I had lunch at Dado where I ordered an egg salad sandwich and bubble tea. Then I went to the In You Ear record store where I bought a CD of Bowie covers, Loving the Aliens: A Low Budget Tribute to David Bowie. 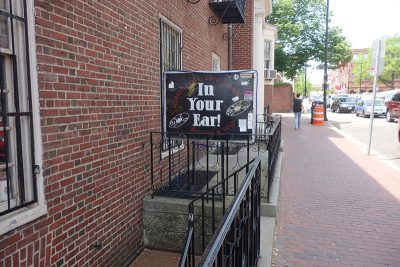 After returning to my hotel, I went to the North End and explored several streets. I bought a coffee gelato which quickly began melting and left my fingers all sticky. Fortunately I found a paper napkin lying on the sidewalk and shamelessly used it to clean my fingers.

At 4:58 p.m. I had dinner at Pellino’s Ristorante at 2 Prince Street for $54.80. I ordered the Veal special and a drink. This was probably the best meal I had in Boston. 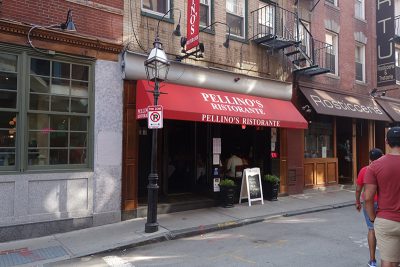