By Thursday I was truly at a loss as to how to spend my remaining time in Boston. But I did have the idea to go on a harbor cruise. I took the Silver Line to South Station, the Red Line to Downtown Crossing, the Orange Line to State Station, and the Blue Line to the Aquarium Station. I got there around 10:00 a.m. and bought a ticket for the Historic Harbor Cruise. I wandered around the area for about an hour until the 11:00 a.m. tour began.

The harbor cruise was a more relaxed experience and kept me off my feet. I saw the Seaport District, several islands, Logan Airport, and even the Boston Navy Yard before we returned to the New England Aquarium. It was a bit windy and chilly on the Boston Harbor and I was only wearing a dress shirt. 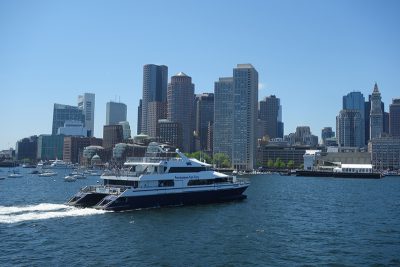 When I got back I had lunch at Dick’s Last Resort in the Quincy Market. I ordered a drink which I think was a Mango Peach Freeze, Yummy Mango Peach Puree with Cruzan Light Rum and Myers Dark Rum and the Ragin’ Cajun Chicky Pasta. I was then saddled with a souvenir glass wrapped in newspaper and no bag to carry it in. 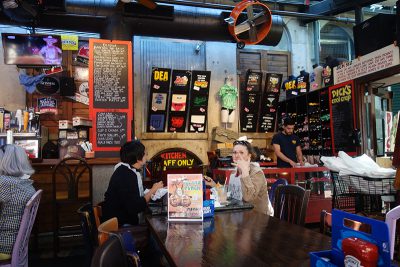 I proceeded to Government Center and took the Green Line to Arlington Station. At 3:00 p.m. I went on the Gibson House Museum tour with just one other tourist. The Gibson House is a well preserved Victorian rowhouse with most of its original furnishings. According to my notes it was used in the film The Bostonians but there was no mention of this by the tour guide. It reminded me of the Packer Mansion in Jim Thorpe PA. I’m not really into touring historic houses but it does serve as a glimpse into another era. The Isabella Stewart Gardner Museum also served as a window on an old fashioned residence, only far more grand. After the house tour was over I went back to my hotel and did little else that day. 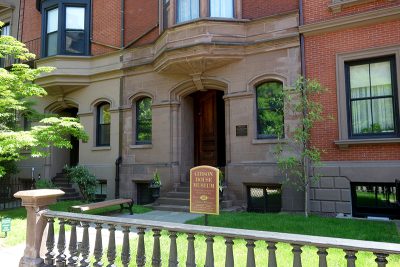 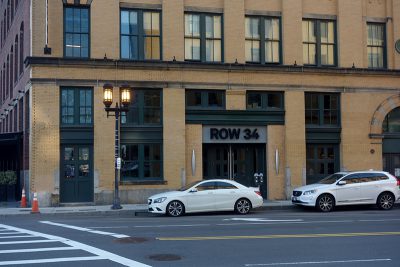