On Monday I had run out of planned things to do but I decided to visit the Back Bay to take photos of some theaters located there. I took the Silver Line bus to South Station and transferred to the Red Line, getting off at Downtown Crossing. I transferred to the Orange Line and got off at the Back Bay Station. I walked south on Clarendon Street to reach Tremont Street and photographed the Boston Center for the Arts. I then walked back up Clarendon Street to photograph the Lyric Stage Company. I took some more photos around Copley Square and then walked down Newbury Street. This time I managed to locate Newbury Comics and Trident Booksellers, but Newbury Comics was closed and Trident Booksellers had signs in its windows about a fire. Then I located several Berklee College of Music buildings. 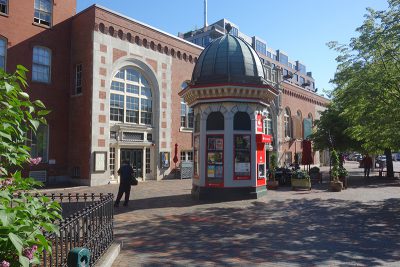 Boston Center for the Arts

I stopped in at L. P. Licks for some ice cream. I think I had the flavor sweet cream with M&M toppings.

I then walked to the Symphony Station and took the Green Line to Longwood Station to photograph the Massachusetts College of Art and Design (also known as MassArt) and the nearby Wentworth Institute of Technology. 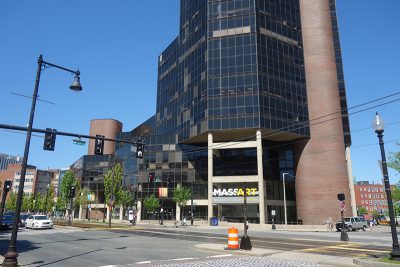 I took the Green Line all the way to Haymarket Station and found my way into the North End. I came across Regina Pizzeria where I stopped in for a slice of cheese pizza and a coke. I spilled some soft drink on my pant leg. After that I found the Old North Church and followed the Freedom Trail to Charlestown. I stopped off at Copp’s Hill Burying Ground first and took photos of the tombstones. In Charlestown I saw the Bunker Hill Monument and visited the small museum but I decided not to climb the monument with my bad knee. I then went to the Boston Navy yard but the USS Constitution is closed on Mondays. I could only see the USS Constitution Museum with its corny exhibits. However the USS Cassin Young was open so I boarded that vessel and crawled around its decks and the open cabins. I also saw the dry dock. 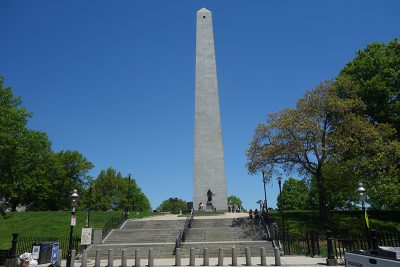 I made the long walk to the North End but I did not feel like eating there or exploring the neighborhood after that long, long hike in the hot sun. I went back to the Haymarket Station and eventually made it back to my hotel. 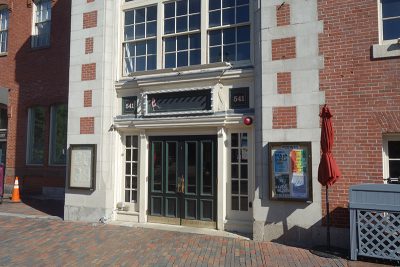 I made a reservation for The Beehive at 6:00 p.m. but I neglected to restore the SD card in my digital camera so none of the photos I took on that evening were preserved. At the Beehive I ordered a glass of their special beer and the Day Boat Scallops with Confit Cherry Tomato, artichoke, Spring Onion. Pea mash. This was only five scallops which cost me $50.00 or $10.00 per scallop so I only left a $1.00 tip.

This entry was posted in General, Travel and tagged Back Bay, Boston Center for the Arts, Bunker Hill Monument, MassArt, Newbury Street, The Beehive, USS Cassin Young. Bookmark the permalink.