Yesterday I made my fourth trip to Scranton, the third trip devoted to exploring the city. I was very undecided about making this trip but it was a beautiful day so I’m glad I got out of the house. I only had four items on my itinerary.

Driving to Scranton from Williamsport is actually very easy but it does take two hours. On the return trip my GPS device was not working right away but I managed to find my way out of the city and back onto Interstate 81 South without the slightest problem.

My first goal for the trip was to go on the ten mile trolley excursion run by the Electric City Trolley Museum. I visited this museum before but did not get to ride a trolley. Scranton actually gets its nickname, the Electric City, from the nation’s first streetcars powered exclusively by electricity. Getting to the Electric City Trolley Museum was a little difficult because I parked at the Casey Garage, only $5 on the weekends, and the Mall at Steamtown’s bridge to Steamtown was closed. I had to walk all the way down Lackawana Avenue and then up South Bridge Avenue, cutting across the railroad tracks to reach Cliff Street. But I did arrive in time for the first trolley ride of the day at 10:30. 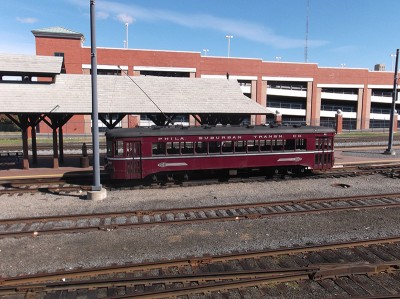 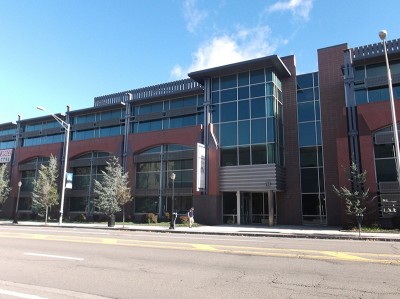 The trolley excursion was a lot of fun. It was a five mile run out to the PNC Field, a baseball park in Moosic, PA just south of Scranton. We passed an abandoned coal mine and a waterfall along the route. But the most interesting thing on the ride was a mile long tunnel. Going through the tunnel was just like riding the subway in a big city.

After the trolley got back to Steamtown I spent a little time viewing the exhibits in the museum and then walked across the bridge to the Mall at Steamtown. I went to the Library Express store, a book store run by the local library, and bought a copy of Lord Of The Flies by William Golding. I wasn’t particularly interested in reading this classic but they had a poor selection of books. On the way back to Casey Garage I bought a copy of the Times-Tribune and picked up a free copy of the Electric City, a weekly entertainment tabloid. Buying a copy of the local newspaper was also one of my goals on this trip.

Next I tried to locate a bar, Banshee Pub, but it looks like they went out of business. I found a bar named Tequila where Banshee Pub was supposed to be. The bar was closed so I went to Carl Von Luger Steak & Seafood for lunch. This restaurant is located in the Scranton Parking Authority garage and seems to be one of the nicer restaurants in town. I ordered a bacon, lettuce, and tomato sandwich with potato salad instead of home fries. This sandwich was the best BLT I’ve ever had and it was an affordable lunch, under $15.00.

After lunch I had nothing else in mind so I wandered around a bit taking photos of landmark buildings which I’ve seen before. I did get a lot of great photos because the lighting conditions were excellent. The sun was shining bright and there were no clouds. Eventually I walked all the way to Nay Aug Park on the east side of town. It was a mistake to walk because it was all uphill. I did pass the Geisinger Community Medical Center on Mulberry Street and it had changed immensely since my previous trip on September 29, 2012. The building was now all white and much larger than it had been. Hospitals and universities are always expanding. I’ve often compared them to empires that eventually overwhelm the community.

Nay Aug Park also seemed to have changed a bit with more signs and maps of the park everywhere. Before I went to the park I stopped in at the Everhart Museum. They had free admittance so it did not cost me anything to visit the museum. The Everhart Museum is small, but pretty nice for a small city. It has natural history exhibits, anthropological exhibits, Dorflinger Glass, and some artwork. The most striking painting was a portrait by Adolf Konrad. You are not allowed to take photos in the museum so I memorized this artist’s name with the mnemonic; combine Adolf Hitler with Joseph Conrad to get the Heart of Darkness. Adolf Konrad was the “Painter Laureate of Newark NJ” but I cannot find any photos of this particular painting online.

There was a wedding being held in Nay Aug Park, or at least wedding photos were being taken, so the David Wenzel Tree House was open for the wedding party. I found my way to the Nay Aug Gorge which is a very scenic waterfall located in the park. 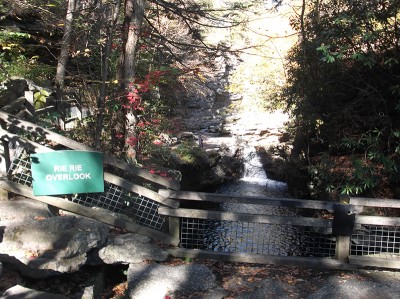 That reminds me that my next big trip will be to Philadelphia from Friday to Sunday. This will be a dedicated theater trip. On Friday evening I will see the play Disgraced at the Philadelphia Theatre Company and on Saturday evening I will see Antigone at the Wilma Theater. I am particularly interested in going to the Wilma Theater because they present work by avante-garde theater artists. Unfortunately, nobody in my area appreciates Philadelphia as a cultural resource for great theater so I have to arrange these trips myself. Recently I have discovered a great book on Philadelphia playwrights, The Philadelphia Connection: Conversations with Playwrights, by B.J. Burton. A book of interviews is quite boring if you are not interested in the subject, but this book provides invaluable insight into the Philadelphia theater community. Philadelphia actually does a lot to encourage playwrights and new play development with its PlayPenn Conference. But I’ve never heard of a single playwright interviewed in this book which says something about the fame of playwrights. Even if you follow the theater, you are unlikely to become familiar with the work of regional playwrights.

My trip to Philadelphia will be an overnight trip with two nights at a hotel. This will make the trip very expensive but I’m not going to drive down there for four hours and then head right back home for another four hour drive. I also plan to visit the Rodin Museum and the Barnes Collection while I am in the city.