Scranton–A Visit To The Electric City

Yesterday I made my long overdue trip to Scranton Pennsylvania. I’ve been thinking about exploring this city ever since I began my exploration of Pennsylvania. Although Williamsport is in the NEPA television coverage area, the drive to Scranton takes over two hours which is too far for a casual trip. During the long drive I listened to the CD from The Complete Idiot’s Guide To Learning Italian because I would much rather travel to Italy. Scranton does have an American Italian festival, La Festa Italiana. Fortunately, the drive to Scranton is fairly straightforward with only three exits to make. Scranton has plenty of parking garages so you don’t need to hunt for a parking space.

Scranton has a bad reputation as an economically depressed city. The city has recently been in the news when the mayor tried to pay all the city employees minimum wage, even the police and firemen, because the city has run out of money. But if I ever need to look for a new job I may need to travel to Scranton for a job interview. This has been my justification for local travel. I figure it is a good idea to travel around the state while you still have a job and not wait until you are unemployed. I also plan to explore Wilkes-Barre after doing more research on that city.

I parked in the Casey Garage downtown, not far from Courthouse Square. The first thing I did was to walk around Courthouse Square to take lots of photos because most of the city landmarks are in that area. The most interesting discovery was a small statue of Jason Miller in the Plazza dell’Arte section of Courthouse Square. As I mentioned in my previous blog post, I met Jason Miller when he visited the James V. Brown library here in Williamsport. I also saw him in his one-man play Barrymore’s Ghost which he performed at our community college theater. Unfortunately, he died in 2001 of a heart attack. According to Wikipedia, the bronze bust of Jason Miller was actually sculpted by the actor Paul Sorvino. 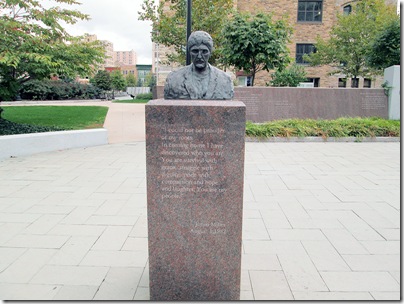 The Steamtown Mall did not open until 10:00 a.m. so I spent an hour taking photos of various Scranton landmarks. I often could not find any decent photos of Scranton online while researching the city. So I made sure to photograph the following; the Brooks Building, City Hall, the Scranton Electric Building, the Scranton Cultural Center, the Albright Memorial Library, the Mears Building, Lackawanna College, Saint Peter’s Cathedral, Hotel Jermyn, and the Scranton Times building. 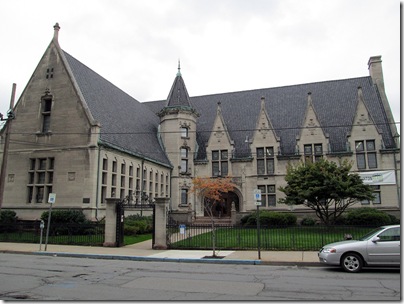 I found copies of two free papers; the Weekender and Electric City published by the570.com. It is kind of impressive that Scranton and North East PA can support two entertainment weeklies. Williamsport does not have enough happening to even fill a two column event listing. I shall study these papers to see what entertainment resources the area has to offer. Later on, after I had some change in my pocket, I also bought a copy of The Times Leader. Hmm, it looks like I neglected to buy a copy of The Times-Tribune because I did not realize that Scranton has two newspapers.

After the Mall at Steamtown opened, I searched for The Dunder Mifflin Store where you can buy merchandise based on the television comedy The Office but I was unable to find it. That store may have closed because the show has been cancelled. But I did buy Season Two and Season Three on DVD at fye. I only watched Season One in preparation for my trip. I also bought a DVD of Interview With A Vampire, one of my favorite movies. I have this movie on laserdisc but it was worth buying the DVD for some extras. I watched this movie last night. I plan to visit New Orleans next year so this film was interesting for that reason. While at the Steamtown Mall I found the connecting walkway to Steamtown so I managed to get more photos and video of the trains from the walkway. 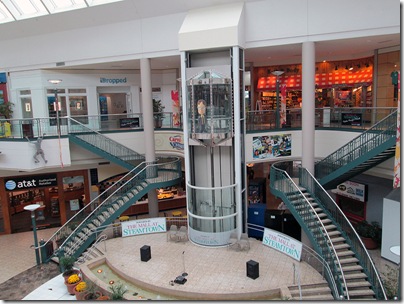 Then it was time for lunch. I could have eaten at the mall but I wanted to try someplace with more local character so I went to Coney Island Lunch where I ordered both the Texas Wiener and the Texas Hamburger. 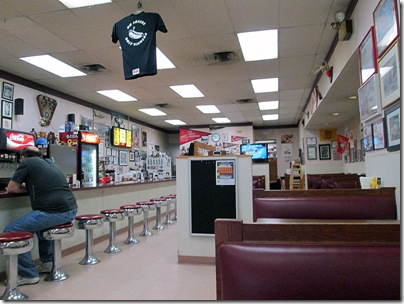 After lunch my next goal was to visit the Everhart Museum in Nay Aug Park. I probably should have driven over there but instead I walked all the way from downtown to Nay Aug Park, passing the University of Scranton along the way. It was a long walk with much of it uphill but I need more exercise anyway. 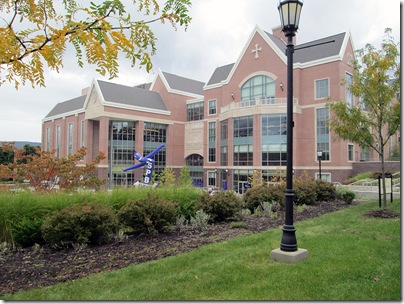 The Everhart Museum is a small museum but it only costs $5.00 for admission and it has some neat things to see. There are a few dinosaur fossils including a complete mounted skeleton of a Stegosaurus. The stuffed bird collection was excellent and pretty comprehensive. In addition to a Natural History wing, the museum has a Folk Art wing, an African Art collection, and a gallery of American paintings. 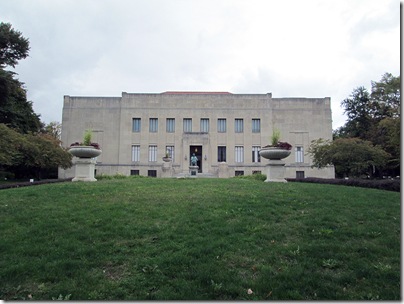 Since I was already in the Nay Aug Park I spent some time at the park. I saw the David Wenzel Tree House but the gate was closed and padlocked so I did not get to go into the tree house. 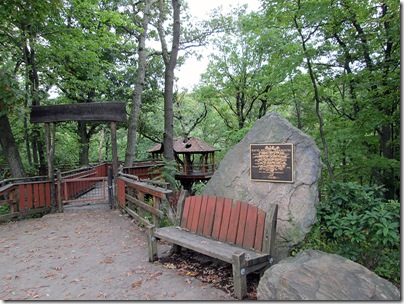 I also found the old Nay Aug Zoo which was closed due to the poor conditions under which the animals were kept. I took some photos of the abandoned cages because it looks kind of creepy. 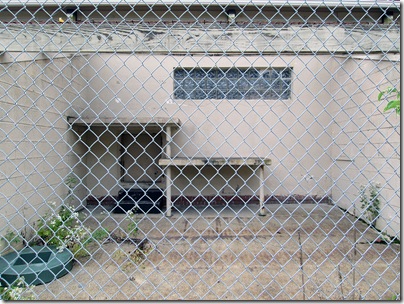 When I found the Davis Trail at Nay Aug Park I followed that to find the observation decks for the Nay Aug Gorge where you can view a waterfall. It is sort of like a Ricketts Glen waterfall right in the middle of a Scranton city park! 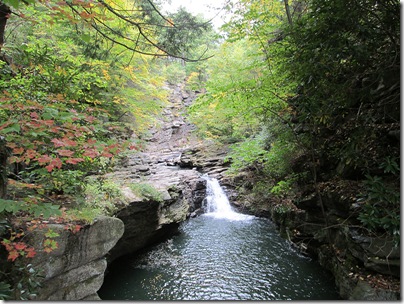 The long walk back to downtown Scranton was a little easier because it was all downhill. I had something to eat at the Eden Vegan Café. I ordered a fruit smoothie and a chiliburger which came with a meat patty that was not made from real beef. After eating I went next door to Embassy Vinyl were I made a token purchase of a jazz CD, Heart Of Gold by Ellis Marsalis. I vaguely recalled that this jazz musician was associated with New Orleans. 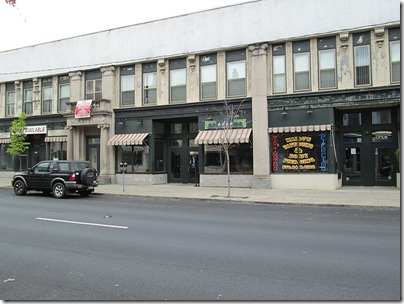 The last thing I did in Scranton was visit the Trolley Museum. I tried to walk to the museum but I should have gone through the Mall at Steamtown and then use the crosswalk which is what I eventually did after going through the Steamtown Mall parking garage. Unfortunately the last trolley ride was at 3:00 p.m. so I only got to see the museum exhibits. My final purchase was the book If You Can Play Scranton: A Theatrical History: 1871-2010 by Nancy McDonald which I bought at the Steamtown bookstore. This book turned out to be autographed by the author although I did not realize that when I bought it.

In October I am going on bus trips to Washington DC and New York City so I have something to look forward to.

One Response to Scranton–A Visit To The Electric City